PWCCA aka Dr Cyanide, born in Madrid on April 26, 1979.
He started in the world of electronic music in 1995, he took his first contact with some dishes in a pub located in his area, driven by a friend who worked in it.
Firstly, he showed progressive and house sounds, but not take long to opt for more underground trends, influenced by large techno producers such as James Ruskin, Richard Polson, Christian Wünsch, Portion reform,Regis or Surgeon among others.
In 1996 and is interested in how to produce electronic music using software and hardware, creating his first beats with a Roland TR 606 and the software for rhythms "Hammer"
In 1998 he was selected from over 600 applicants to represent Madrid in the first national championship of amateur djs organized by the magazine Deejay, held at the legendary venue Disco 8 Barcelona, obtaining a fifth appreciated.
From that year until 2000, he works as a DJ in various clubs around the city and also gaining experience as a producer.
That same year put into operation with another partner, the only franchise from the famous brand Phrenetic Society, owned by acclaimed dj/producer Cristian Varela, where he taught in school and teacher in production Dj midi / audio, adding to these activities, the sale of music and clothes.
This is when he decided to create with his partner, his own record label, called Hardtools, giving life vinyl two references to the brand. (Evidence and Unkonwn Ep.)
Totally immersed in the world of musical creation collaborates with a softer sound, the fourth reference published Cristian Varela in his signet Donkeyhead recordings "big along the genre, such as Gayle San and Cristian own, that's when it's invited and interviewed the famous radio program led by Luis Varela, Phrenetic Power Music, issued at night on the station known Tango and Cash.
During the two-year duration of the open franchise (it is closed for reasons beyond his control in 2002) was invited to several festivals of great significance, as the first casting Phrenetic held in the Villalba´s cathedral techno , the great Van-Vas, adding to this many raves organized in the community of Madrid where Birmingham is reflected as his labeling style.
In 2005 lost contact with the technics, leaving only time to assimilate knowledge as a producer.
Currently it has returned to give life to his label Hardtools, this time digitally, also adding the creation of two other brands for the same function, Basic Form and UK Executes.

PWCCA born in 2019 in evolution of Dr Cyanide work.

In the last sets of the well-known Oscar Mulero, tracks signed by PWCCA is usually heard.

From Cassette (Madrid) with Jesus Riaño. 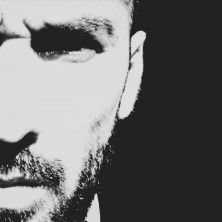